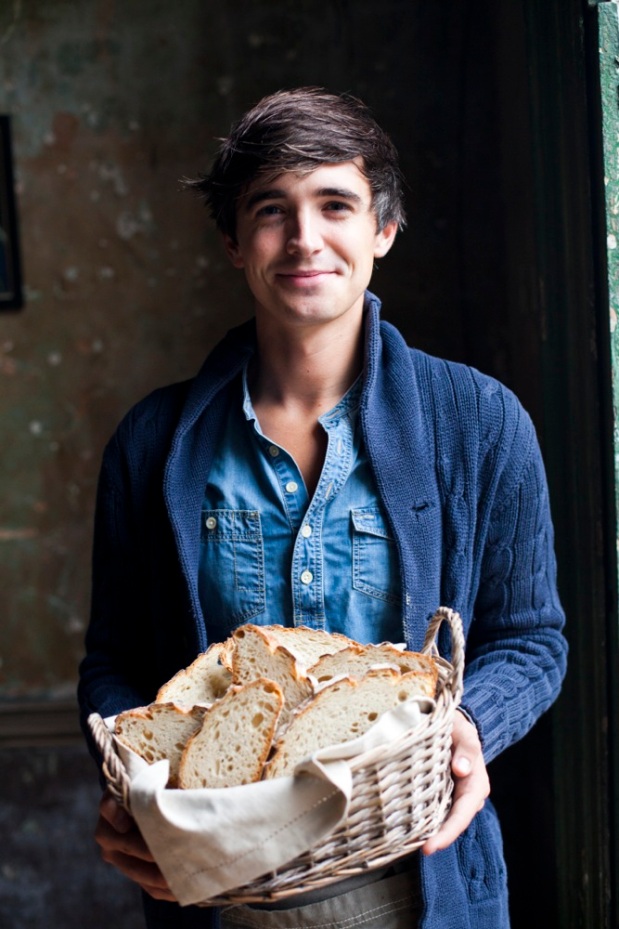 Having firmly placed himself as the burning star of the new Irish food scene, Donal Skehan talks to David Corscadden about his passion for Irish cooking and his hectic year

Having just returned from a summer spent in Sweden and a stint in London to film a new cooking show, anyone would excuse Donal Skehan for putting the kettle on and putting his feet up. This is far from the case however, Skehan is on track to become an Irish food powerhouse to be reckoned with, and not just a kitchen hero.

It has not just been a busy summer but a jam packed 2014 in general for the Howth native. The past six months have seen him film two new television shows for RTE, launch a new cook book ,The Pleasures of the Table: Rediscovering Theodora Fitzgibbon, publish new issues of his food journal Feast and take YouTube by storm. Not to mention the major life moment of proposing to his girlfriend Sofie Larsson.

For Skehan his passion and love for food are the key driving force behind his motivation to share his food journey. His entry into the food writing scene really started when he moved out of home into his first apartment. “I had just moved in to an apartment and out of my family home, so it was my first opportunity to cook just for myself and Sofie. So we were cooking quite a lot and cooking on a budget cause you are not getting paid a hell of a lot.”

The purchase of his first camera and an interest in food photography allowed Skehan a chance to offer readers something that wasn’t overly utilised in the Irish blogging scene at the time. “My camera was a way into doing something a bit different because none of the Irish food blogs really had any decent photos at that time. That is when it kicked off.” Based around proper home cooking and drawing on the influences of the traditional Irish food of his childhood, Skehan explains that his blog really started off as a means to catalogue the dishes he was cooking. “I loved blogging because it was a way of cataloging the recipes that I was cooking cause I was doing a lot of it at that time.”

Following just six months of blogging, Skehan was approached to write his first book. It didn’t all happen overnight explains Skehan, “I was only six months blogging before I was contacted by an Irish publisher asking would I do a cookbook based on the blog. Then it basically rolled on from there. It did take some time from there, from those initial six months, I think it was about two years after that the book came out“.

Since then he has seen a meteoric rise in popularity for his quick and easy to make style of cooking. “All my recipes I try and make it as easy as possible with ingredients that you will have in your store cupboard. There are of course more challenging ones in there but the essence of what is in there is always something that is achievable by a home cook”. Skehan’s success in the culinary world has not just been confined to Ireland though, he has been received the world over. Skehan has traveled around Italy for his Fox International cooking show Grandma’s Boy, been a judge on the UK’s Junior Masterchef and also become a presenter on the Swedish breakfast show Mitt Kök.

More recently Skehan has garnered attention in both the UK and globally thanks to an endorsement by Jamie Oliver and by joining Oliver’s ‘FoodTube’ on YouTube. Skehan’s move to YouTube has seen him enter into a new dimension of food. “The support has been great, Jamie has been great and has really changed things a bit. I am doing a lot more in the UK now. I spent the summer filming a new series in August. It really is fantastic and it has given me a bit of leverage over there.”

Skehan’s popularity on YouTube has exploded since he launched his own channel just four months ago. Starting off with around 2,000 subscribers, he has already reached over 85,000 and continues to clock up more each day. YouTube is a different kettle of fish than filming for television for Skehan. “In terms of it, I can have 400,000 people watching my series in Ireland on RTE, and that is really fantastic, but those people might not be there to see me, they might just be watching TV on that night. Whereas if you have 400,000 subscribers on YouTube they are there to see you and you alone. YouTube has a lot of power where I don’t think people have realised it yet.”

Keeping true to his ethos of easy to cook comfort food, Skehan has filled his YouTube channel with weekly installments of dishes that everyone will want to reproduce. Dishes like Vodka Penne, that Skehan shares in Cooks Corner below, and his Pad Thai recipe, which can be found exclusively on our website, have received rave reviews.

The Skehan Express is showing no signs of slowing down anytime soon. The next six months are full of new projects and culinary adventures. A trip to Vietnam to film a mini series for the Food Network, a new issue of Skehan’s food journal Feast is in the works and the expansion of his Skoff Pies will see Skehan just as busy closing out 2014 as he was going into it. This month he will also be launching his new Spar Kitchen Hero Live Tour, which returns after great success last year.  No doubt with all that Skehan has happening he will continue to win over fans and cement his status as a true food powerhouse.

For more recipes from Donal Skehan visit his website www.donalskehan.com or his YouTube channel,  www.youtube.com/donalskehan.
This article was orginally published in the University Observer and online here.

← Foodie Tales on Beyond The Wild Garden
Foodie Tales: No Bake Baking →