About Your Garden Grand Opening

When you think about Kilcock you do not often think of it as a Mecca for gardening talks and event.  And this is something that annoys me because as a fully fledged plant lover, I think it would be great to have plant talks and events close available everywhere. Luckily this deficit of horticultural goodness is changing. 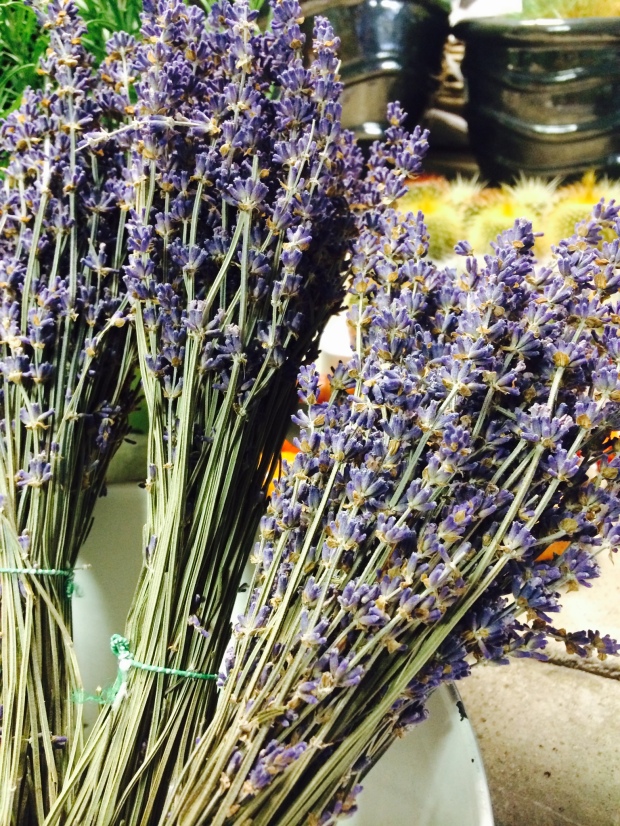 With the official launch of About Your Garden in Kilcock not only has a new and exciting design studio and plant shop opened in the town, but it also marks the arrival of some great gardening events.

About Your Garden is owned by James Comiskey a multi-award winning garden designer. Comiskey has received awards for his designs Bloom. Then further a field he has been received recognition and awards at Gardeners World Live in the UK.

While the shop and studio have been up and running for over six months now, its shop has only celebrated it’s grand opening very recently. The grand opening saw some of the first garden related event I can remember in a long time come to the town.

Famed garden designer, holistic gardener and newly published book author Fiann Ó Nualláin come to the shop to give talks based around his first book The Holistic Gardener – First Aid from the Garden. 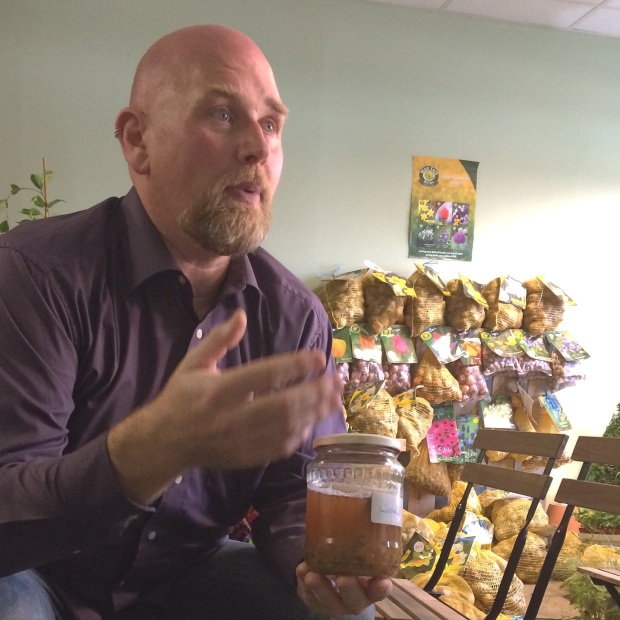 Ó Nualláin’s book, which launched earlier this year, is said to be the fasted selling Irish gardening book ever. Building on Ó Nualláin’s knowledge and passion for holistic gardening his book is full of alternative treatments for garden ailments and injuries which can all be made with plants in your garden or ones from the surrounding countryside.

One of the practical treatments that features in the book and that was highlighted by Ó Nualláin at the event was willow water. Simple to make, willow water is a length of willow which has been chopped up and placed in a jar of water. This is then allowed to steep and creates, as Ó Nualláin describes it, a berocca for plants. When diluted with water the solution can be used as a tonic or boost to plants. Ó Nualláin  also says that willow water makes for one of the best things to use when rooting cuttings. 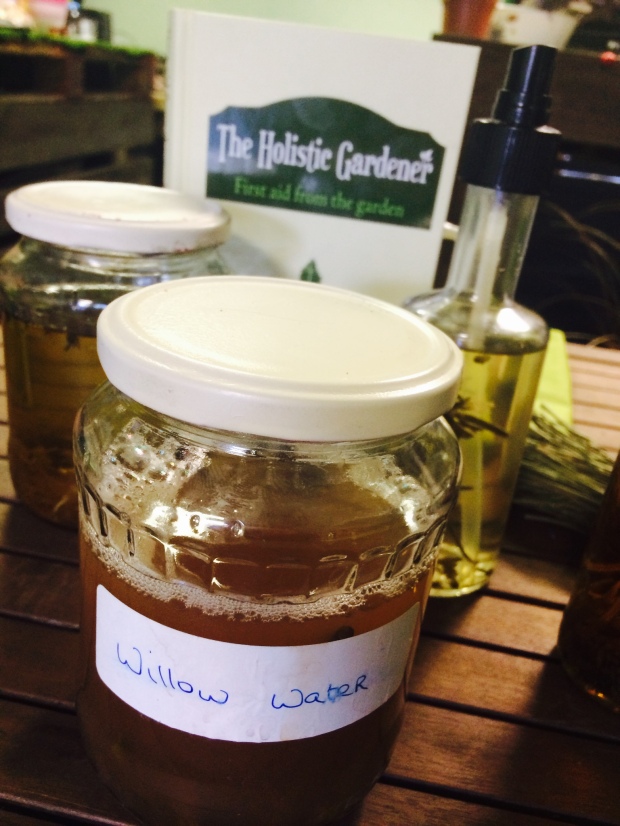 Ó Nualláin is a fountain of knowledge when it comes to holistic treatments and his talk was filled with just some of the ideas he shares in his book. He recommends a mixture of rosemary and vinegar to  treat wasp stings and apple cinder vinegar to get rid of ants in the garden.

The rest of About Your Garden’s launch weekend saw talks by it’s owner himself. Luckily for garden lovers in the area, I am told that these talks are not just a one off occurrence and that there will be more in the coming months and years as the business grows and established in Kildare.