﻿A sky garden on the ground

When you think of a sky garden, you immediately conjure up ideas of these great floating expanses of plants hovering up among the clouds. And that is exactly what Diarmuid Gavin’s 2011 Chelsea Flower Show show-garden looked like. Albeit a very modern sleek interpretation of that. 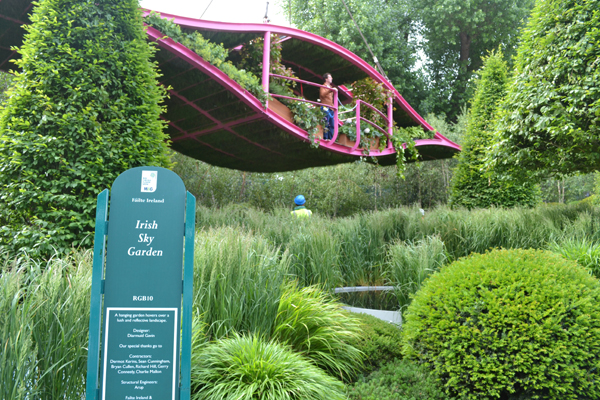 The garden in my eyes was great at Chelsea and deserved it’s gold medal. It met the brief of being a sky garden and set out to be different and showcase horticulture in a totally different way that had been seen in past shows.

Since its appearance at Chelsea the garden has generated a lot of attention due to its final resting place, the costs associated with it and then how it was finally installed in Cork.

A recent trip to Cork and to Fitzgerald’s Park I got to experience the garden and see it on the ground. It has been reported that at the time of its grand unveiling at park, after the park had received a €2.1 million renovations, that Gavin did not want to be associated with due to the way it was installed in the park. It is said that he believed that the garden loses its brief and general purpose when it is on the ground. I would agree.

When I visited the garden a few weeks ago, it was not a sky garden I was looking at. It was more just a fantastically shaped observation desk that looks out over the river beside it. It is great but not a sky garden.

Another let down was that the fantastic green living walls that featured so well in the original design were not implemented in the version that is here today. This is a big disappointment in my eyes as it would have been a great aspect of horticulture to promote in such a public space.

All is not lost though. When considered as a new element and not as a sky garden it does look very evocative and the planting and larger areas of landscaping around it work very well together. 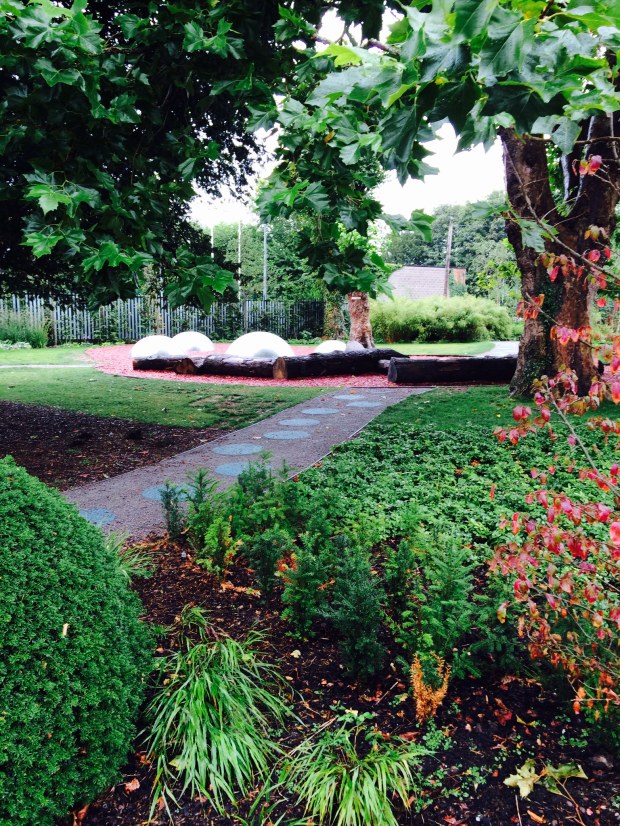 I particularly like the addition of mirrored spheres that are dotted throughout the area. These offer great reflective surfaces that the vivid colours and rich foliage dance off. 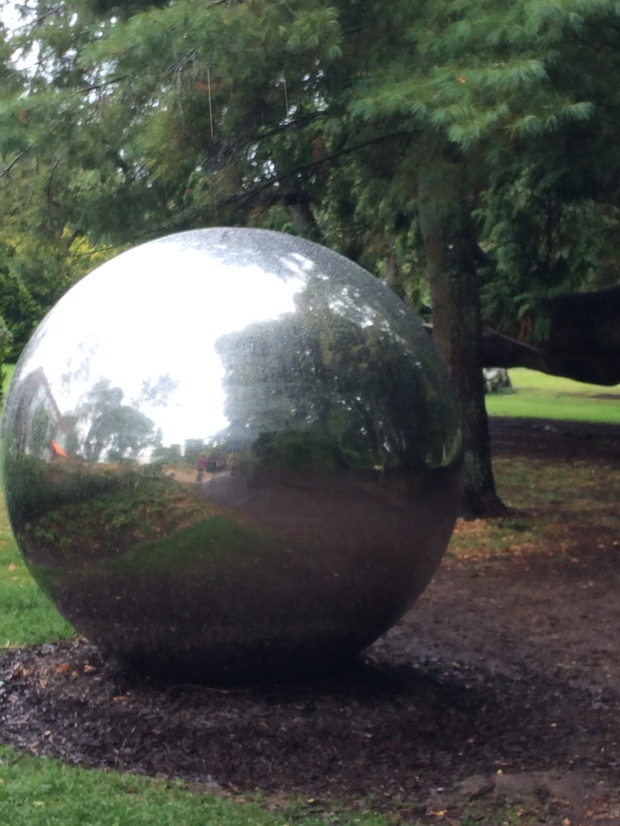 While the boy in me would love to have a garden in Ireland that is suspended on the sky, this repurposing of that idea onto the ground does work too.