The Quiet Mark by David Domoney

What a few days I had in London! But now I’ve got back to Ireland It has been all go with projects and meetings that I will hopefully be able to share with you all very soon!

But now I think it is time to start sharing some garden delights and plant obsessions from my visit to RHS Hampton Court Flower Show.

One of the show gardens that impressed me the most when I saw it was The Quiet Mark Treehouse and Garden by John Lewis. This garden was designed by David Domoney.

Now when I first got to the show I could see the top of this structure off in the distance but I never thought it was a show garden. It was only when I turned a corner and saw the whole garden that I realised ‘Yup that is a show garden’

And what a garden! Of course the massive three house was the most dominating feature but it was amazing! I think ever gardener has had a moment where they have said to themselves ‘I want to live in a treehouse right here’ …. Or maybe it’s just me!? Either way I really want one of these treehouses now!

The planting around the garden was very naturalistic and sat beneath the treehouse almost like a soft colourful rug. I loved the use of mature birch trees that worked very well to create an enclosed and almost secret sense to the garden. You did feel as though you were in the middle of a woods somewhere rather than in the middle of a flower show. 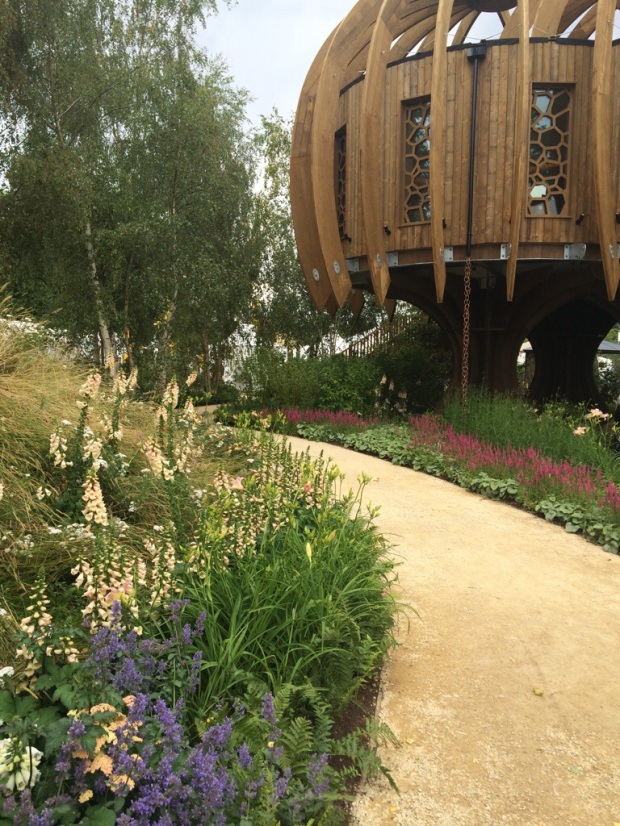 I really liked David’s use of plants and how many of them were very good for wildlife and would help encourage bees and butterflies to the area. This garden really set out to create a sanctuary where people could be one with nature.