Road Trip to The Apple Farm

Last September I had the great pleasure of going on a field trip with my class from college to The Apple Farm in Co Tipperary. The field trip was for part of my fruit production module so it was a great experience to go explore a successful orchard to see how it should be done. 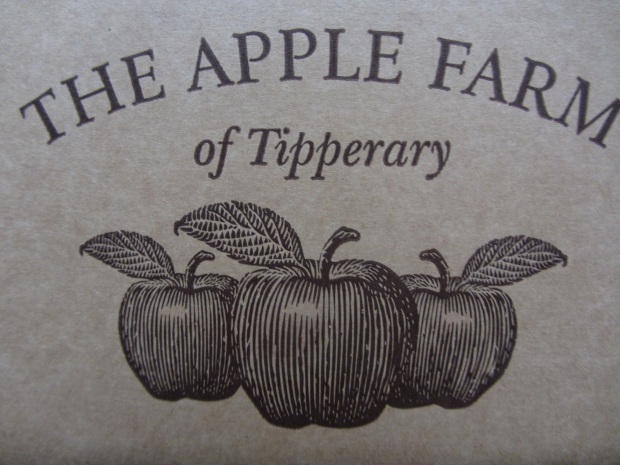 The Apple Farm is run by Conn Traas and has been owned by his family since 1968. The farm was originally bought by his parents who moved to Ireland from Holland. When they first bought the farm, they originally grew some fruit along with tulip bulbs but eventually moved fully in to fruit production. Unfortunately for me there were no signs of the tulips when I visited but I did find some amazing roses on my way around.
Conn’s parents noticed a lack of facilitates to trade apples in the area so opened a shop in the 1970’s. The farm has a strong farm gate trade with over 1,500 regular customers and a strong following on Facebook and Twitter. Conn produces his own apple juice using a mixture of apples which creates a refreshing sweet apple juice. When I went to the farm I made sure to stock up on a few bottles of this and even got a bottle of the new sparkling apple juice to try.

Some of The Apple Farm’s Juice just after being bottled

The farm is made up of 60 acres of land with around 30,000 trees in cultivation on 34 acres of the land. Of the 30,000 trees, the majority are of fifteen varieties of apple trees used for production and another 40 varieties are used as specimen varieties. These 40 varieties are mostly heritage apple varieties and trial apple trees. The trees are all grown on rootstocks which restrict the trees growth meaning they are easy to work with as they do not grow as tall as traditional apple trees. Conn operates a slender spindle system on all trees which allows more light penetration to the growing fruit.

There are some mature traditional trees on the farm which are believed to be there since the 1960’s or planted by Conn’s parents shortly after they moved in. The orchard is laid out in a block fashion, radiating around the production and storage buildings of the farm. Each block is separated from the other by an Alder shelter belt. The shelter belt reduces wind protecting the fruit on the tree and offering protection to the shallow rooting trees.

The Brambley orchard, which was planted using a method Conn’s parents brought over from Holland. Three rows of trees are planted beside each other with a grass strip between it and the next row. This method was used as a space saving measure. The method allows for better pollination, with pollinating trees located in the middle row, allowing pollinators easy access to trees on both side. The remaining orchards of Johnagold Red, Johnagold and Karmin operate a standard double row system of planting which is managed in a traditional manner.

Johnagold Apples on the tree

It is not only apples you can find on the farm. There are tunnels full of cherry and plum trees as well as rows upon rows of strawberries. The strawberries are all grown under cover to maximise yields. When I visited they had unfortunately been all picked but I did manage to find one or two that had just began to grow. The same was true for the raspberries we arrived at the wrong time as they had just been all picked. The tall canes where covered in lush green growth yet no fruit. I however am not one to give up easily so of course found a few to sample!

If you ever find yourself in Tipperary I would highly recommend a trip to The Apple Farm and make sure to stop by the shop and stock up on some of the amazing juice!

← Beyond The Wild Garden Gets a New Look
Seedling Confusion →