Scarlet Elfscup on the Forest Floor

Sarcoscypha austriaca, commonly referred to as Scarlet Elfcup, is a mushroom that is associated with dead wood and is often found on fallen trees and branches. 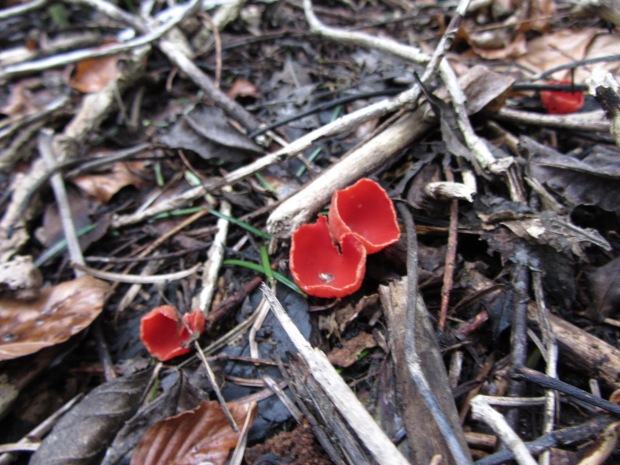 I stumbled across this red burst of colour beneath a cluster of beech trees in my local woods. The delicate mushrooms are true to name and do look just like elf cups that have been left sitting on the wood floor. The mushroom is quiet common across Britain and Ireland and also in parts of mainland Europe. It is commonly found in colder months from mid-winter to spring.

The mushroom’s culinary uses are of great debate, with some reports saying it is edible once cooked fully and other recommending avoidance of it. With this in mind I decided to leave it where I found it beneath the canopy of trees. I however did decide to take advantage and get some photos. I hope to find some better examples in the coming weeks.

One thought on “Scarlet Elfscup on the Forest Floor”